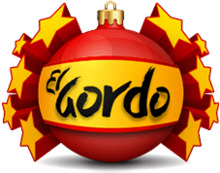 The El Gordo - Spanish Christmas Lottery, also known as "Sorteo Extraordinario de Navidad" or "Loteria de Navidad" is a national spectacle in Spain because it draws only on once every year, on December 22. It is one of the world's longest-running and highest-paying lottery games. It has been played in Spain since 1892 and paid out €2.6 billion divided to an incredible 1,650 lucky winners in 2016.

2016: A single office sold 1,650 entries with the number 66513 in the Acacias neighborhood of Madrid, a number that turned out to be the first prize. All those lucky winners in the the town divided the €2.6 billion (£2.2 billion) between themselves.

To win in the Spanish Christmas Lottery, players need to enter five digits from 0-9. All five numbers must match the draw to win the prize.

Every year, the lottery prints only 100,000 unique ticket numbers. The duplication of each unique entry number enables the game to sell more than 100,000 tickets.

If a player's entry wins the biggest prize, he or she will share the prize with other entries that have the same set of numbers. They will divide the jackpot according to the shares purchased.

The winnings in the Spanish Christmas Lottery come from two balls. The first ball contains the ticket number, and the second ball indicates the first ball's corresponding prize. The second ball is drawn from a different container. The lottery draw ends when all the prize balls have been drawn, a process that can take hours.

The Spanish Christmas Lottery takes place annually a few days before Christmas Day, on December 22. Most television channels air the three-hour draw that begins at 10:00 am Central European Time.

The odds of winning the Spanish Christmas Lottery are about 1 in 100,000 for players who hold a full-share entry. The odds of sharing the lottery number with another depends on the number of series the lottery had printed for that year. In 2013, 160 series of entries were made, which meant holders of the first prize ticket had 1 in 160 chances to win the full share of the lottery prize. 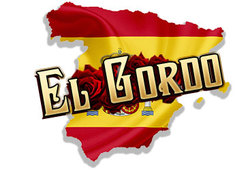 All tickets for the Spanish Christmas Lottery are sold only in Spain. However, players in countries that allow online gambling and lotteries can still play using Internet-based ticketing and betting companies.

Ticketing services have offices in Spain. After players pay for their ticket online, a representative from the company will purchase the entry in person in Spain, scan this document, and present it to the player by uploading it to his or her account. The existing ticket is proof of purchase, which the office will hold on to in a safe until the draw takes place.

Players can win substantial amounts in the Spanish Christmas Lottery. Most ticketing companies will require winners to fly into Spain, claim their ticket, and get their prize from the lottery organization in person.

The entries of betting services, on the other hand, are valid for use only with the companies that provide the services. Players purchase a betting product offered by the company that parallels the Spanish Christmas Lottery format to its full extent. Players do not have an actual entry to the game, but they will be rewarded the same amount if they win with the same numbers for each given prize tier. For grand prize winners, betting companies use an insurance model to pay players out the same amount that the real lottery would pay out.

Using these services, winners do not need to fly to Spain in case they need to claim high jackpots. Once the company has processed the amount from the insurer, they will deposit the amount into the winner's account or call to arrange another mode of money transfer.

The price of the lottery entries via both ticketing and betting services may cost a bit higher because of the convenience they provide, but considering how fantastic this convenience is, the slight markup is ultimately a small price to pay.

The El Gordo - Spanish Christmas Lottery is one of the oldest lotteries in the world, and it is one of the most exciting ones as well. Players have the best odds of winning at least €5,000 (£4624.82) or more with a single ticket that has enough shares.

While it might not have the means to pay a single winner the whopping billions it gains, the lottery certainly ensures that everyone can have fun and potentially still win life-changing sums of money. After all, Christmas is the season for sharing and giving.