The EuroJackpot lottery began in 2012 after Germany, Finland, Denmark, Slovenia, Italy, and the Netherlands wanted their version of EuroMillions. The lottery was proposed in 2006 and had its first draw in March 2012.

EuroJackpot has gradually added other members including Croatia, Czech Republic, Estonia, Hungary, Iceland, Latvia, Lithuania, Norway, Spain, and Sweden from 2012 to 2016. In 2017, the lotto added Poland as its latest member country.

Many players worldwide deem EuroJackpot special and join it frequently because of its relatively lower 1 in 95 million chance of winning compared to the US Powerball, MegaMillions, and EuroMillions. These other big-payout games have hundreds of millions in odds. Despite the lottery only reaching a jackpot of €90 million, the higher likelihood of winning in EuroJackpot makes it one addictive lotto game!

EuroJackpot requires all players to be 18 years old and above to participate. All official game tickets are sold in the countries mentioned above only.

If you are not living in any of the European member countries, don't fret! There are ways to join the EuroJackpot from the comfort of your home or anywhere in the world! Read on to find out!

In an official draw, each line for EuroJackpot costs €2. The entries are only sold in kiosks in its member states. The amount is an excellent and modest investment towards possibly winning €90 million!

EuroJackpot draws every Friday in its Helsinki, Finland, headquarters at the following hours:

EuroJackpot has lower prizes compared to US Powerball or EuroMillions, but due to its payout frequency its popularity continues to soar worldwide. Its jackpot cap is at €90 million if rollovers continue per week. If the previous grand prize was won, the game restarts prizes at €10 million.

Here is a sample breakdown of the prizes you can win in the lotto:

EuroJackpot's winnings might be smaller compared to other famous lotteries, but it also has better odds of winning the jackpot. Players have 1 in 95,344,200 chances to match all seven lotto numbers correctly. These figures are better when compared to the US Powerball lottery's odds, which give you 1 in 292,201,338 chances of possibly winning the grand prize.

Here are the odds you'll be facing playing EuroJackpot:

Don't despair if your country is not a member of Eurojackpot. If you are situated in a country that allows online lottery participation and gambling, you can still join the transnational lotto and potentially win big!

Online ticketing and betting services make it possible for foreign players to join EuroJackpot with a real lottery ticket or bet on its draw results. Entering the lotto can be cheaper than buying from a local kiosk through the Internet!

Internet-based ticketing companies use representatives that act as your in-country proxy. They will buy official game entries and claim winnings on your behalf. Most services will upload a scanned copy of your ticket as their proof of purchase. Ticketing services are the most secure way to play online.

However, online betting operators do away with representative fees from their counterpart service, which allows them to retain the original entry price or make it even cheaper because they are not bound by the rules of the official game organizers. A betting service working with a well-known insurer is a trustworthy one.

Most of these services will need you to sign up for an account, use a major credit card, e-wallet, or instant payment service to add money to your online balance, and you can proceed to join EuroJackpot and other lotteries on offer! If you ever wanted to participate in EuroMillions and EuroJackpot at the same time without having to travel to different kiosks, ticketing and betting services make it possible. Also, you can also subscribe to multiple draw days, weeks, or even months.

Aside from the solo lotto play, you can pool your tickets with syndicates to maximize your chances of winning. If they are available, purchasing entry bundles can make your online experience amazing and convenient!

How to Play EuroJackpot Online

After signing up and depositing money into your online account, you can proceed to purchase entries. Most sites have a top menu option that lists all its available games. Find EuroJackpot and click the corresponding button that takes you to a page where you can place your orders and indicate your lucky numbers using a digital representation of the official entry. Once you have picked the five main game numbers and two Euroball figures, you can choose to subscribe to multiple draw days, weeks, or months. Longer subscriptions usually have higher discounts. Use this to your advantage!

All bonuses, bundles, and discounts sound great indeed, but you have to make sure you are playing with a reputable ticketing and betting service.

Do a little background research focused on finding the service's registration number and gambling license (in case you are using a betting operator). You can consider companies registered in Australia, Curacao, Malta, and the United Kingdom reliable because these countries' regulators are stringent in terms of enforcing gaming laws.

Another way is to look for recent winners publicized on the website. You can also check online reviews of these services in forums. This site features some companies that can be considered reliable, but you can also check other reviewers' posts to verify the reputation of the Internet-based operator you intend to use. 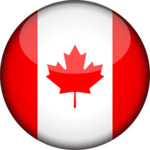 Canada is a country that allows online lottery participation and gambling. Therefore, Canadians can participate in EuroJackpot using ticketing or betting services on the Internet. The best thing about playing in Canada is all your winnings will not be taxed!

How to Buy EuroJackpot Tickets from Canada

Using a reliable Internet connection and your smartphone, you can join any online platform for lotteries quickly. Sign up for an account, deposit money into your online balance to purchase tickets, and you're all set!

Find the top menu option that lists down the lotteries available in your service and head into the ticket-buying page. Click or type in your number combination and don't forget to subscribe to multiple draw days, weeks, or months so you won't miss any games!

The Record-Breaking Czech: This anonymous winner's prize amount of €90 million has become the jackpot cap of EuroMillions since the victory in October 2014. The man or woman used an official lottery ticket from the Czech Republic, which makes the winner very lucky because in Czech, they have no taxes on lottery winnings! The winner had chosen to remain anonymous, but probably spent his or her money buying a mansion, investing in local businesses or developing new ones, and more! The sky is the limit for winners indeed!

The German Multi-Millionaire: An anonymous German had taken home €81 million on August 24, 2017, using an online betting platform to join EuroJackpot. Indeed, if you use a reliable service online, you can get rewarded. The only downside is the German winner is not listed in EuroJackpot's Hall of Winners. However, even if he won't be a part of it, he still has millions to last a lifetime!

The Tampere Resident: Veikkaus, a Finnish gambling company that is authorized to sell Eurojackpot entries, revealed a Tampere resident had won €46.5 million on August 7, 2017. The anonymous winner does his or her country proud being the 12th winner of EuroJackpot from the country. Despite being lower than the €87 million a three-person syndicate won in April 2017, his or her winnings are still not any amount to sneeze at because he could buy three or more houses with it!

Taxes on your possible EuroJackpot winnings depend on your country of residence. Your local government will usually take about 25-30% of your winnings. However, even if your nation does not consider lotto winnings income tax, you may need to pay for bank levies due to the increased interest rate of your bulging bank account.

For players using an online lottery ticketing service in the member countries, here are some things you need to know tax-wise:

EuroMillions: EuroJackpot's inspiration, EuroMillions led to its inception in 2012. The European lottery operated by the United Kingdom, France, and Spain (who is also a member of the EuroJackpot) has reached a mind-numbing €190 million grand prize. The game's mechanics are very similar: players must choose five main game numbers from 1-50 and two Lucky Star digits from 1-12 on their entries. EuroMillions draws Tuesday and Friday.

MegaMillions: The US Powerball lottery's rival is similar to EuroMillions in mechanics but not in prizes. It paid out a huge sum of $656 million in 2012. Players must choose five main game numbers from 1-75 and a "Megaball" digit from 1-15.

EuroJackpot is one of the most sought-after lotteries in the world because of the opportunity to win big more frequently than other huge-winning games such as EuroMillions and US Powerball. Compared to the US Powerball's 1 in 292,201,338 odds and EuroMillions' 1 in 139,838, 160, EuroJackpot's opportunities to win, along with its affordable ticket price, give players better and more frequent chances of taking home the grand prize!